Wifi Hacking – Fluxion is a security auditing and social-engineering research tool. It is a remake of the line set by vk496 with (hopefully) fewer bugs and more functionality. The script attempts to retrieve the WPA/WPA2 key from a target access point using a social engineering (phishing) attack. It’s compatible with the latest release of Kali (rolling). Fluxion’s attacks’ setup is mostly manual, but experimental auto-mode handles some of the attacks’ setup parameters.

How did fluxion wifi hacking work?

In this method, an attacker or hacker creates a malicious access point (AP) and uses Dynamic Host Configuration Protocol (DHCP) to send it to the network. When the victim disconnects from their network, a message will appear on their network device, and when the victim tries to access it after entering the Wi-Fi credentials, the password will reach the attacker.

How to Download and run fluxion wifi hacking tool?

First, you need to clone the fluxion wifi hacking script so type the below command on your terminal.

Now change the directory root to fluxion so type the following

It will take a few minutes to install after that back to fluxion folder and run this fluxion wifi hacking tool with the below commands.

Now select the preferred language with the below image.

Here two options will be there. if you have a victim BSSID means to choose the second option or else choose to first option to grab all BSSID and MAC addresses.

Now you can see all the wifi networks around you. Now press Ctrl+C to skip the process and all that captured data will be imported in your terminal.

Now select which wifi you want to hack 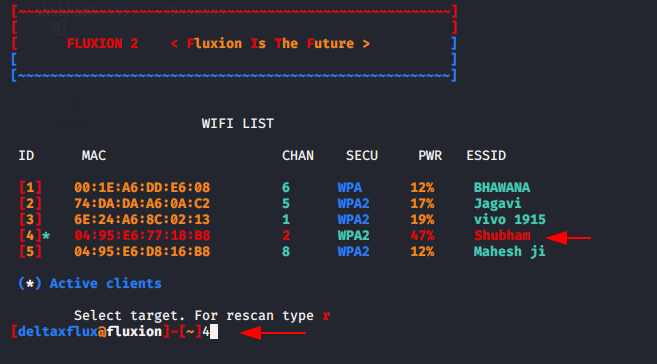 Now They will offer three options in which the first option recommend from their side, so we will choose an option first.

Now hit the enter button to skip this process because we don’t hack handshake files. 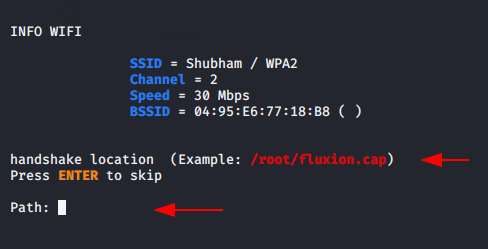 Now choose the first option and click the enter button.

Now choose the first option death all these options will disconnect all clients from the router. 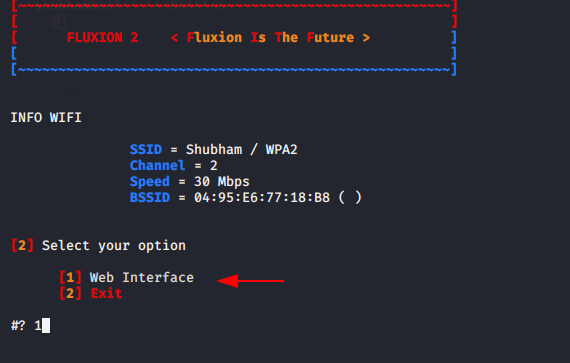 Now Select the login page language from the below image 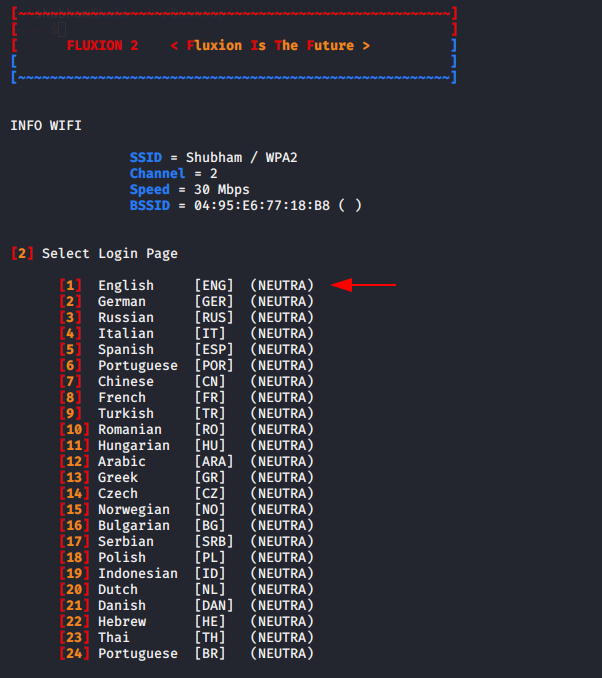 As quickly as activates will open for your terminal a popup message will display at the sufferer device, as quickly as a sufferer will input the WPA key to attach the wifi they’ll emerge as to you.

Once the victim entered the password that will be shown on our terminal.