how to install unimap on Linux & Termux

Hello guy’s in this article we are going to discuss about how to install unimap on llinux and termux with easy way. let’s start.

Scan only once by IP address and reduce scan times with Nmap for large amounts of data. Unimap is an abbreviation of “Unique Nmap Scan“

Why we use unimap?

If you have plans to run an Nmap to a whole organization you need to consideer that surely tens, hundreds or even thousands of subdomains will point to the same IP address and there will come a point where it becomes almost impossible to continue scanning. Also your IP may end up blocked due to multiple scans to the same remote host address among other things.

Unimap uses its own technology to initially resolve the IP addresses of all subdomains, once this process is finished, it creates a vector with the unique IP addresses and launches a parallel scan with Nmap according to the number of threads that the user has configured, at the same time, it analyzes the data from the files created with Nmap to find out which information corresponds to each IP. Finally, Unimap relates the information of each of the IPs associated with the subdomains. So, for example, if you have 50 subdomains that point to the same IP, you will only do one Nmap scan but you will have all the data associated with each of the subdomains at the same time, in a large scan it saves days or weeks.

First you download the unimap with help of git command. Following the command.

Once you download the unimap tool you get unimap folder. now open that folder.

For termux user follow the below command to install cargo. 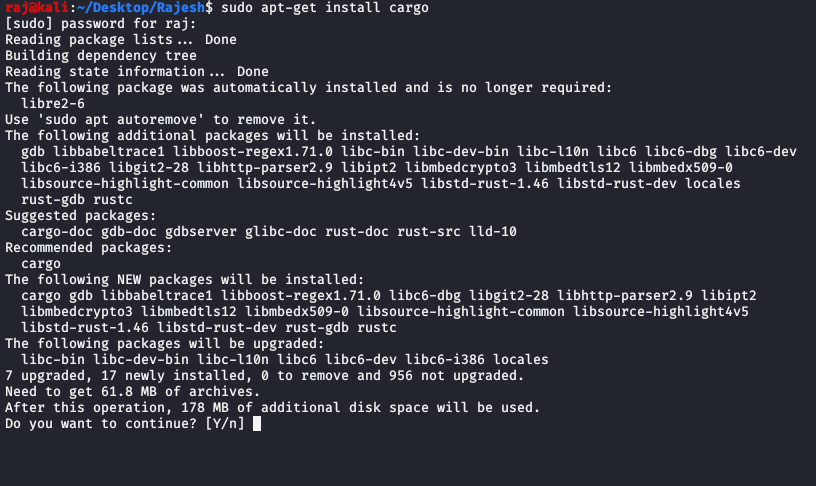 Once you install cargo tool to build cargo following the below command.

Unimap requires root/administrator privileges to launch Nmap TCP SYN (Stealth) Scan, we use it for accuracy and performance reasons. If you are on Linux or Linux-based, just use a root shell or run the tool with sudo, in Windows you can open a Command Prompt (CMD) as Administrator and run the tool as usual.